How YOU Can Protect Internet Free Speech 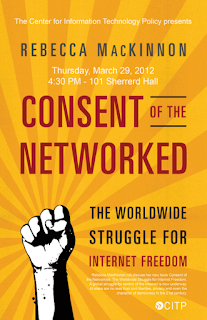 The Stop Online Piracy Act may have been shut down at the eleventh hour, but free speech on the Internet continues to come under attack. In addition to "son-of-SOPA" (which we will surely see in the coming year, under a different name), the Cyber Intelligence Sharing and Protection Act (CISPA), the Anti-Counterfeiting Trade Agreement (ACTA) and a host of proposed regulations at the state level have taken aim at the open Internet.

In response to these threats, the Internet Defense League is launching in the coming weeks. Building on the efforts that brought SOPA to a screeching halt, the league aims to fight against bad laws and restrictions on online expression, wherever they may arise.

As general counsel for Avvo, a social media startup that offers an expert-only Q&A forum and profiles and ratings of lawyers, doctors and dentists in the U.S., I've seen firsthand how those with the means to do so will exploit any opening possible to try to silence speech they do not like. I've responded to hundreds of lawsuit threats and lawsuits against Avvo on grounds ranging from privacy to commercial misappropriation to unfair competition to copyright or trademark infringement — all for activity that is soundly protected by the First Amendment.

The takeaway is simple: any attempt to regulate speech online — whether in service of "stopping piracy" or "defending against cyberattack" — must be ruthlessly interrogated for how it will be abused. Because it will be abused. Those with censorious impulses will push the four corners of the law as far as possible to silence speech they don't like.

It is depressingly common to see the mere threat of a lawsuit cause a withering of speech online. It's vitally important that we recognize and call out the certainty that even well-intentioned laws that impact expression will be used as a bludgeon against the open expression of information and ideas online. In addition to opposing SOPA and its ilk, here are three areas where companies can take a stand to protect free speech on the Internet.