Howorth's mailer quotes Riordan as saying, "I am pleased to endorse Amy Howorth for the State Senate." 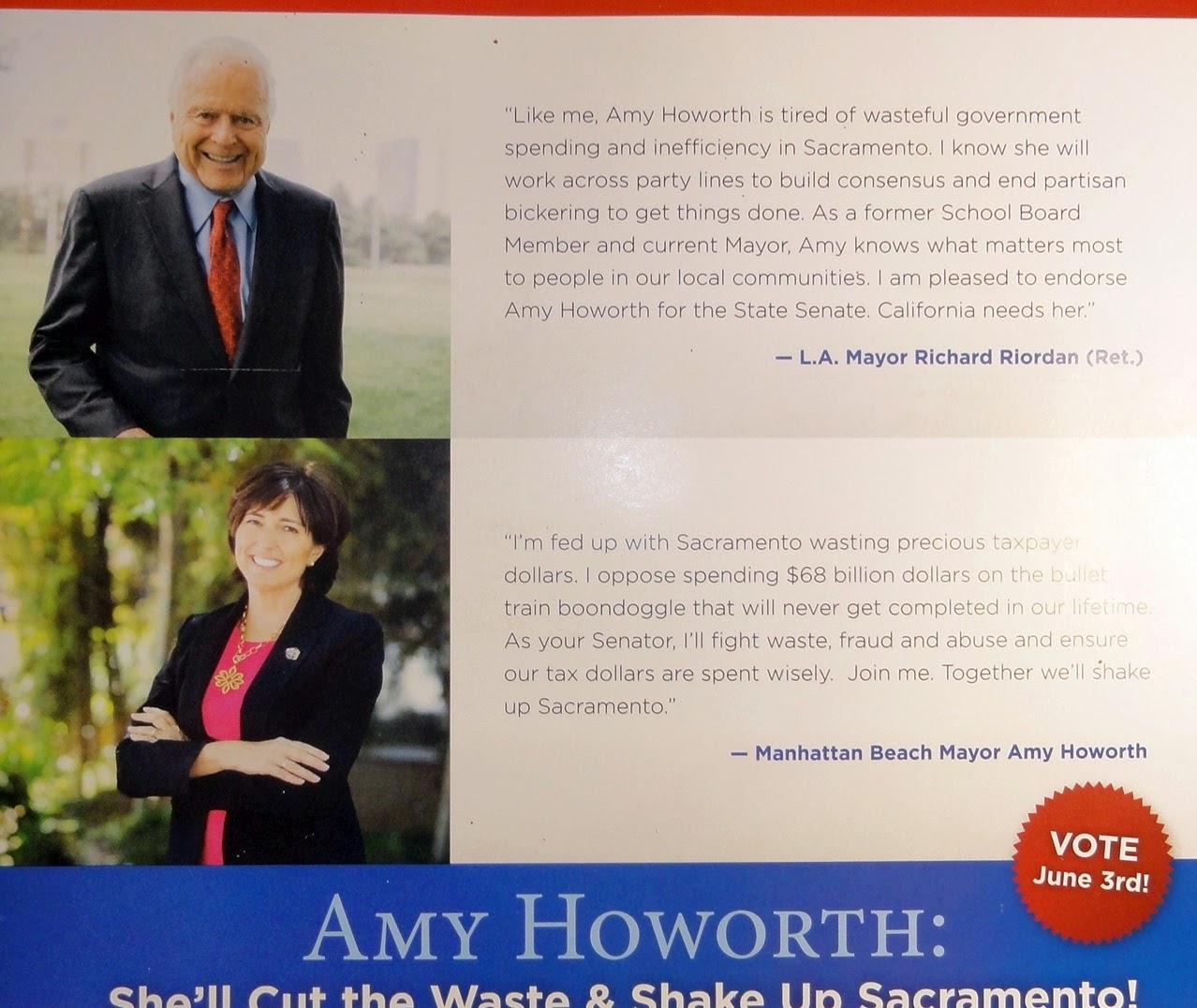 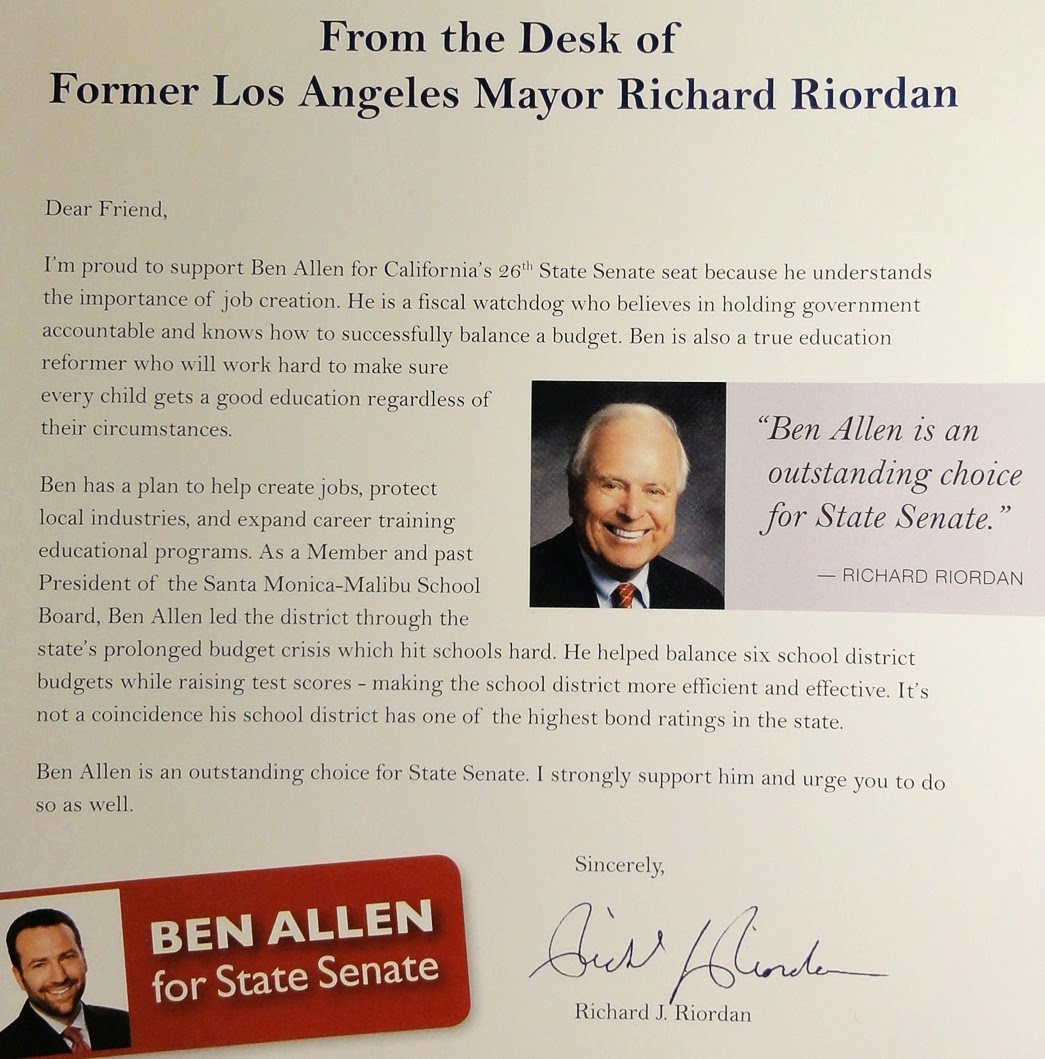 Since Republican Riordan endorses both Howorth and Allen, whom does he really support?

But lest you think Allen leans Republican, yet another Allen mailer claims support from Democratic politicians Zev Yaroslavsky and Fran Pavley. Pavley is quoted as saying, "I wholeheartedly endorse Ben Allen for the State Senate." 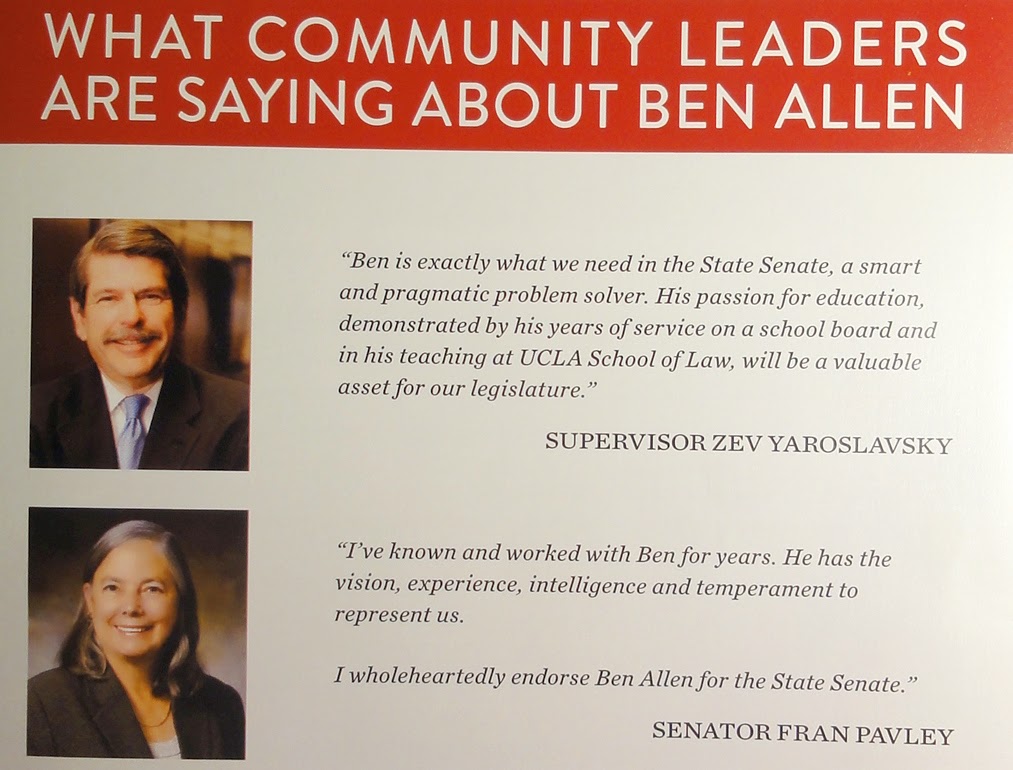 Tellingly, Allen trumpets his Riordan and Yaroslavsky/Pavley endorsements in separate mailers. Is the former targeted to registered Republicans, while the latter is sent to Democrats? Do Independents get both?

As during every election season, voters are flooded with confusing and contradictory political mailers. Politicians hope that voters will just peruse the feel-good photos of candidates and their smiling families, note that they've been endorsed by presumably important people, and not think too much beyond that.
==========================

Posted by Thomas at 1:59 AM No comments:

He's also currently sponsoring a bill that should civil libertarians and Constitutionalists across the political spectrum.

According to Gary Walker, writing for The Argonaut (April 2, 2014):


Especially noteworthy is the part I put in boldface. The article continues:


"Law enforcement agencies are currently allowed to destroy biological evidence six months after a conviction, but Lieu's proposal would extend the timeline to a full year. It would also mandate that DNA evidence be run through the FBI's Combined DNA Index System in cases where DNA evidence is found not to match a suspect or inmate.

" 'I think one of the greatest injustices that a government and a society can commit is to wrongly convict an innocent person,' said Lieu, a former Air Force Judge Advocate General prosecutor.


You can read the full story here.