Posted by Thomas at 9:09 PM No comments:

Actress Darcy Halsey, profiled in the Hollywood Investigator in 2007, updates us:

I am so excited that I am finally able to show this online project, that I co-wrote and co-directed, called The Reunion. It's been a long time coming!

We've finally finished the pilot presentation for the interactive web series about (as many of you know from seeing the choose-your-own adventure play) a 10 year high school reunion. But since we've gone online, we've added a twist, and the night has turned into a murder mystery.

Please check out our site and enjoy exploring the night. It's a bit raucous and naughty, but what high school reunion isn't?

Please let me know your thoughts. Thanks!

Darcy
Posted by Thomas at 10:18 PM No comments:

New York, NY (February 15, 2010) -- MPI Media Group has acquired all North American rights to The Last Lovecraft: Relic of Cthulhu, a new comedy-thriller. The film will receive a Fall 2010 theatrical release through MPI's Dark Sky Films label, to be followed by DVD and Video On Demand in October.

The distribution deal for The Last Lovecraft: Relic of Cthulhu was negotiated by Greg Newman, executive vice president of MPI Media Group, and Nate Bolotin of XYZ Films.

Kyle Davis (Friday the 13th, Men of a Certain Age) stars as Jeff, a bored guy stuck in a dead-end job whose life suddenly changes when a strange old man gives him an ancient relic and tells him he is the last descendant of H.P. Lovecraft, author of such classic horror short stories as "The Dunwich Horror," "The Shadow Over Innsmouth" and the influential Cthulhu Mythos stories.

Jeff and his friend Charlie embark on an adventure to protect the relic from falling into the hands of the Starspawn and his minions, who want to release the hideous cosmic entity Cthulhu back into the world.

The Last Lovecraft: Relic of Cthulhu marks the feature directorial debut of Henry Saine, whose career was launched with two comedic short films, Not in My Family and Love Royale. It's also the writing and producing debut of Devin McGinn, who co-stars as Charlie. The cast includes Barak Hardley, Honor Bliss and Sujata Day.

The Last Lovecraft: Relic of Cthulhu had its world premiere in October at the H.P. Lovecraft Film Festival in Portland, Ore., and was a selection at the January 2010 Slamdance Film Festival, in Park City, Utah.
Posted by Thomas at 11:50 PM No comments: 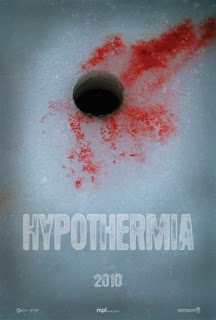 Dark Sky Films is dedicated to the discovery, preservation and production of new and classic horror, sci-fi and cult films from around the world. Based in Chicago, Dark Sky Films is a wholly owned subsidiary of The MPI Media Group.
Posted by Thomas at 12:43 AM No comments: 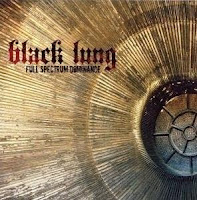 Bernard Van Isacker
Side-Line chief editor
Posted by Thomas at 7:42 AM No comments:

Whether it is a dramatic or comedic piece, ASLAFF welcomes screenwriters and filmmakers to share their great stories in regards to the world of sports. This festival will give the many sports fanatics an outlet for their love of competition in the medium of cinema.

ASLAFF will include any subject matter that deals with mental and physical competition for the sake of winning. The stories will include anything from auto racing and badminton to spelling bees and chess.

Our jury and judges already include ESPN Sideline Reporter Holly Rowe. Also on the panel are established producers, screenwriters, and television staff writers. More are soon to be added.

There will be an opening reception on Friday night followed by the premiere of several short films and a feature film. Saturday will be filled with the presentation of short and feature films.

Beautiful As You Are by Doug Mallette and Mary Katherine Sisco

I Spit on Eli Roth by Devi Snively


The selected films are placed on a compilation DVD which is viewed by Viscera's Sponsors, who are journalists, websites, artists, and affiliated Film Festivals for potential reviews/screenings around the world.

The Viscera Film Festival will have its first screening in the Spring of 2010 (date TBA) in Los Angeles, celebrating Viscera's 2009, 2008, and 2007's selections, accompanied with an award ceremony.

The Viscera Award is a monetary award suited specifically for women coming together exclusively or creating films on their own instead of participating in cat fights and talking about hairspray.