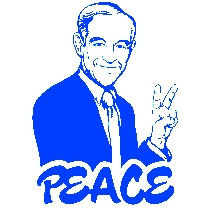 
Rock Celler: In Our History you ask if there's "a potential wild card in an internal economic collapse of the empire"? Is America an empire? And if so, do you foresee the fall of the empire?

Stone: Yes. Yes, both. I don't think it's a wild card, I think it's a given. There's no way that we can continue this spending spree. In fact, I think in many ways the most interesting candidate -- I'd even vote for him if he was running against Obama -- is Ron Paul. Because he's the only one of anybody who's saying anything intelligent about the future of the world.

How do we go on being who we are? We have an identity crisis here. But as long as we keep running this fantasy through our minds that we can dominate history, it's not a wild card, it's a given!

Oliver Stone's praise for Ron Paul is yet another example of Paul's strong appeal to progressives, artists, and youth.