Save Internet Radio -- Fight the RIAA

Got this notice from "David" and it's worth passing on:

"Just 17 days until the music dies, unless we do something! On May 15th the new royalty rates for Internet radio go into effect (retroactive to 01/01/2007) because of a ruling by the Royalty Rates Board.

These rate increases, heavily lobbied against by NPR, and heavily lobbied for by the Recording Industry Association of America (the same *ssholes that killed Napster), threaten to kill Internet radio. You had better listen to your favorite internet radio station as much as you can between now and May 15. It may be on the air long after that.

Congressmen Jay Inslee (D-WA) and Donald Manzullo (R-IL) have introduced the Internet Radio Equality Act (HR 2060) and they are seeking additional co-sponsers. This bill could save Internet radio. Contact your Representative and demand action.

The U.S. House of Representatives: House.gov

Might as well give your Senator a shout out also: Senate.gov

We can't let Clear Channel and the RIAA rule the world.
Posted by Thomas at 4:17 PM No comments:

What's So Terrible About Don Imus? 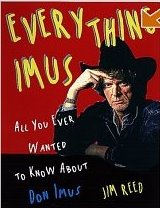 I don't understand the uproar over Don Imus calling several black female sports players "nappy headed hoes." It's no worse than much of what Howard Stern has been saying for years on his radio and TV shows. Is it because Stern has a black female sidekick, Robin Quivers? Does Quivers grant Stern a license that Imus lacks?

For that matter, Imus's remark is nothing we haven't heard over and over from hundreds of rappers and standup comics. And not just from black comics. Carlos Mencia specializes in "offensive" racial humor. So, do rappers and comics enjoy a special license that Imus lacks? But Imus too is a satirist, as are Stern and Mencia.

Unlike Imus and Mencia, Rosie O'Donnell is no satirist. She's the self-proclaimed "Queen of Nice." Yet she survived the controversy of her "Ching Chong" remark with little problem. Is it because she's perceived as being pretty far to the Left? But Imus is also perceived as liberal, if not Left. Is it because O'Donnell is a lesbian, whereas Imus is a white male? But Stern is also a white male, and one who's perceived as further to the Right than is Imus. So why are O'Donnell and Stern off the hook, but not Imus?

As for Imus's critics, Jesse Jackson and Al Sharpton have said worse racist remarks, and they're not satirists, but supposedly responsible community leaders.

More than anything, it's the sheer arbitrariness of the uproar over Imus that I don't understand. It seems that all of society can say the same offensive remarks for years on end, but then someone is arbitrarily chosen to be "it." The sacrificial goat who must be killed to atone for everyone else's sins. Who then, after the sacrifice, continue saying the same offensive remarks with no price to pay.

Really strange.
Posted by Thomas at 6:11 PM No comments: 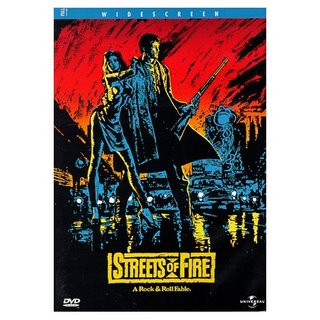 Add Streets of Fire to the many DVDs suffering from "DVD rot." I bought a pristine Streets of Fire DVD a couple of years ago. No problem. When I tried to view it for a second time a year later, on the same DVD player, the DVD kept pausing at some point. I was unable to play it past 20 minutes.

You can even see bubbles forming in the DVD, near the spindle hole.

If you don't know what that is, read: Big Studios Stealing YOUR Time and Money With Faulty DVDs.

You might also Google "DVD rot" and see what comes up. Hint: don't waste too much money on your DVD library. DVDs are not built to last -- and that might even be intentional!
Posted by Thomas at 11:59 PM 1 comment: